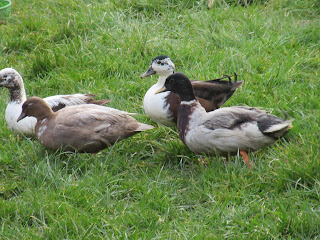 Once again we are having lovely weather for ducks! I seem to spend a lot of time describing the weather but that is because our weather here is so changeable... we have weather rather than climate! On Monday it was glorious sunshine with a brisk wind and a decided chill in the air but since then it has been warm and very wet, endless rain causing so much of the farm to be muddy and unpleasant underfoot. Even the dogs tend to tiptoe around and skirt the puddles. Judy the sheepdog with her long coat & feathery tail is caked in mud. Despite the rain the birds are singing gaily and seem to be unpeturbed by the constant downpours, we see them carrying nesting materials and I have just seen a jackdaw checking out the old nesting holes in the ancient gardener's shed across the yard from my kitchen window. While life here is going along its usual seasonal path we are not unaware of the horrors being endured by the people of Ukraine. In spite of the grimness of the news reports there are are moments of cheer such the footage of farmers towing away Russian military hardware behind their tractors, 'liberating' them presumably for use by Ukrainian forces. One of the major problems faced by us all if the conflict continues further into the spring, is that Ukranian farmers will not be able to get their seeds sown for the vast wheat harvest that we are hugely dependent on for flour and sunflower seeds/oil etc. For us living in west Wales, on the very edge of the western world, Ukraine seems a very long way off but the impact of this war will be felt by all of us. Already we are having price increases in the fuel which is so essential to us for running tractors and machinery involved in food production. Food prices will increase but now is surely the right time for our government to take a serious look at increasing food production in Britain so that we are more able to feed ourselves without being dependent on imported foodstuff. Vegetables and meat we can produce at home so easily and rather then exporting lamb and then importing similar quantities. Why can't we supply the British market with home-grown meat? The fashionable thinking at present is to give massive funding to 're-wilding ' projects i.e. taking land out of food production and 'returning it to nature'. What seems to be forgotten is that people need to be fed. In recent reports and studies to introduce new farming subsidies it seems that food is not considered a 'public good' which most farmers find an very difficult concept to accept. Surely food production is more important than giving greater access to land for people walking their dogs! 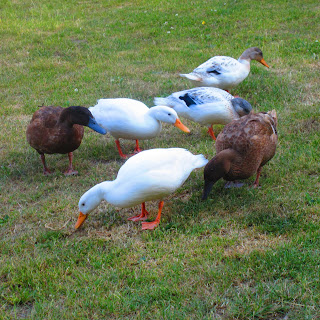 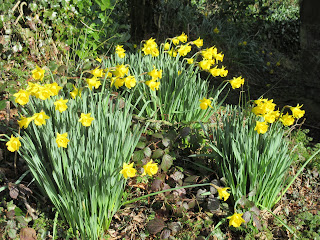